At a distance of 20 km from Mesopotamia on the shores of the Ionian Sea is left as a painting and amphitheatrically built Parga, a reference point for the whole of Epirus and beyond, Parga of a Thousand Dreams and Altada, Parga with the Castle and the Island of Panagia, whose sight travels you to the Ionian Islands while you walk in its romantic alleys with the smells of the place pouring and embracing you, is the most famous and famous resort of Epirus which is flooded 365 days a year by visitors and Tourism to be a pillar of economy and life for the whole area with beaches, Vrachos, Lichnos, saint Giannakis, Sarakiniko, saint Sostis, Spartila, Kryoneri and Valtos which is a beach accessible to people with disabilities.

Parga in its long history was inhabited and ruled by the Venetians, the Ottomans, the English, the French, and the Italians, today Parga has 2,450 residents, in ancient times it was called Torini in later times Parga and its inhabitants were involved mainly with the maritime trade, the great development and consolidation of Parga takes place during the Venetian rule in the 14th to 15th century AD. then the castle is built, which is still a Landmark of Parga, which suffered destruction and alterations, with its final restoration to take place in 1790. On the 15th of August every year, the Canaries are celebrated, while it is worth visiting the Monastery of Vlacherna, the ecclesiastical museum, and the castle of Ali Pasha in Anthousa.

Parga is accessible by road through modern highways and is connected by ferry to Corfu, Lefkada, Ammoudia, and Paxos as well as small speedboats at the marina. 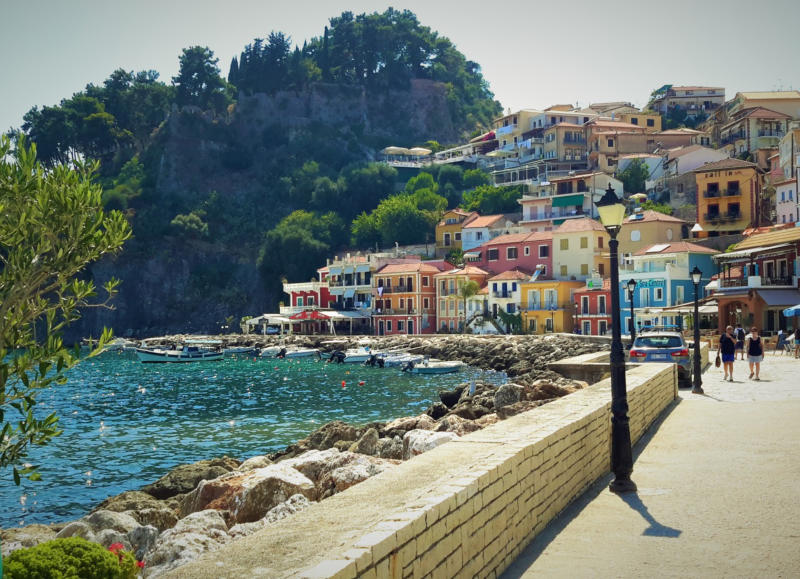 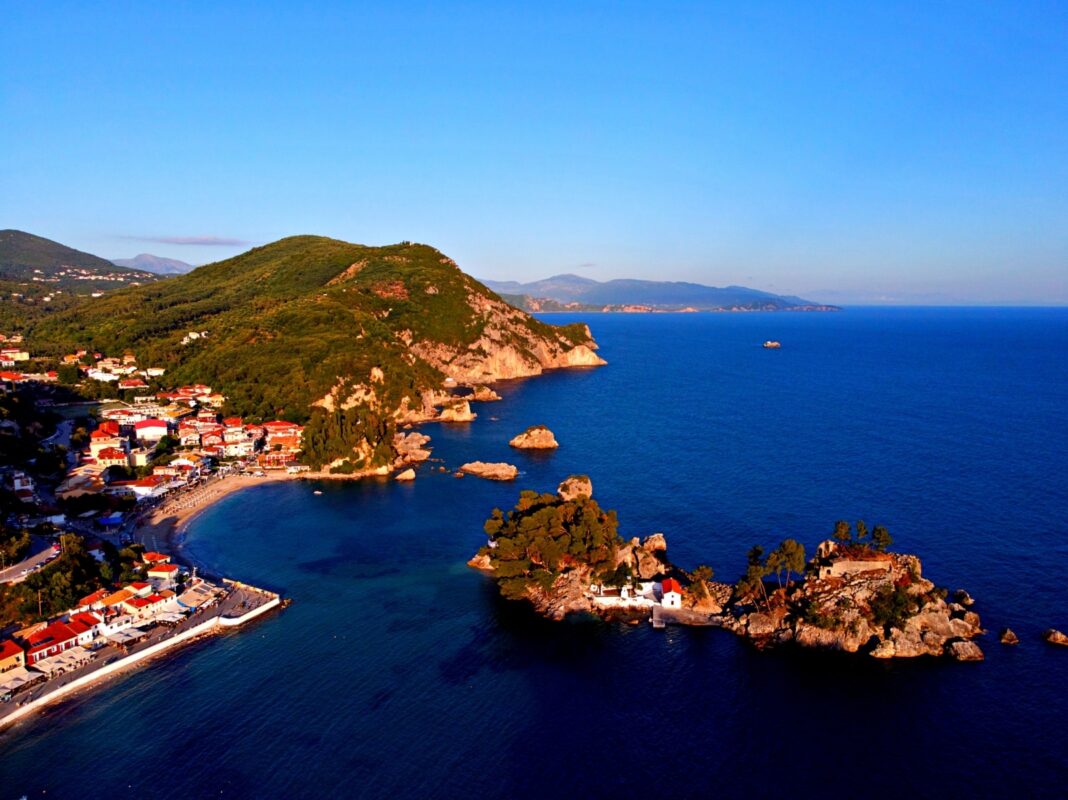 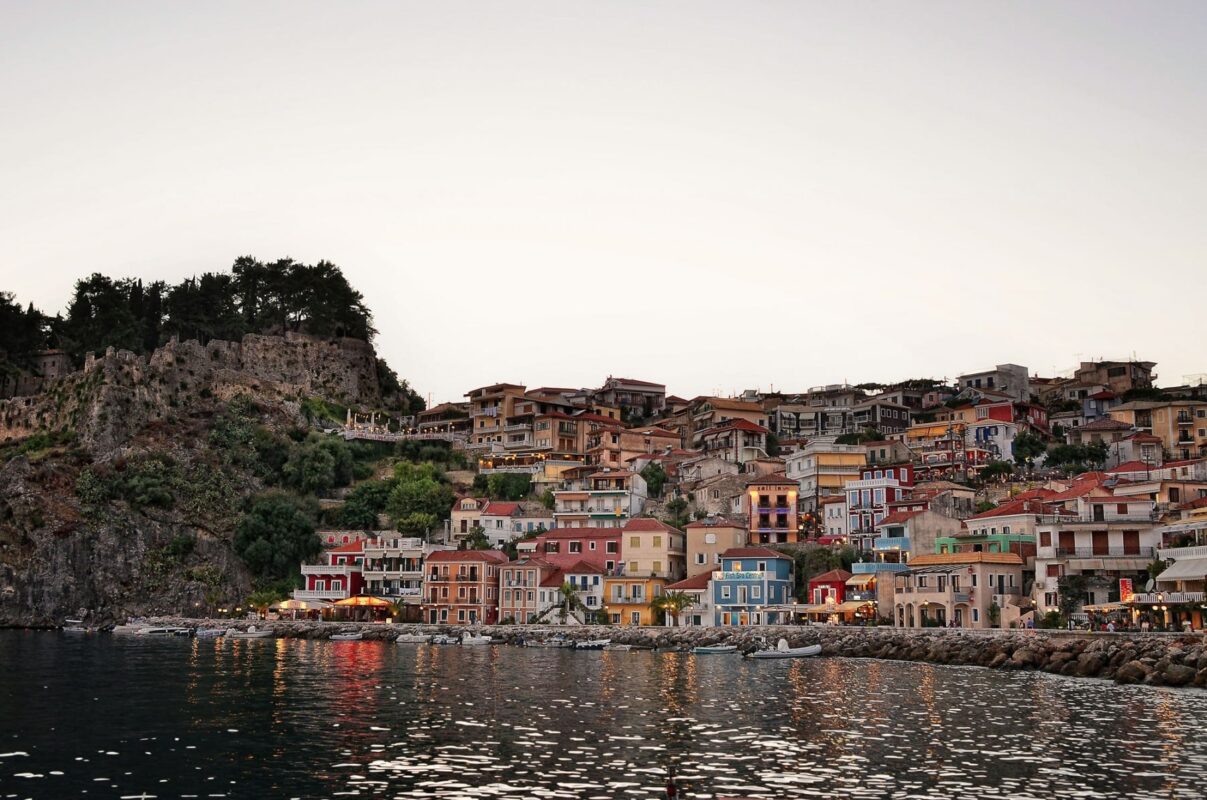 In the Mythical times Poseidon, God of the Sea, hitting the island of Phaeacus with his Triad, created Paxos…

For his love affair with Amfitriti, the unique Paxos – Antipaxos is 8 miles off the coast of Epirus. This small island with an area of ​​25,322 sq.m. has 2,374 inhabitants, a characteristic point is the 60 churches, and the capital of the island is Gaios.

The beaches of the island Longos, Lakka, Harami, Kanoni, Ahai, and Galazio. 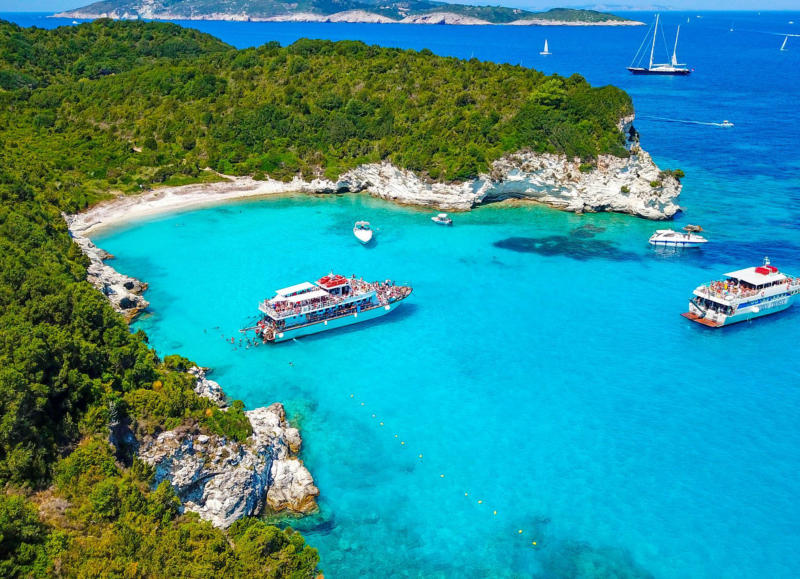 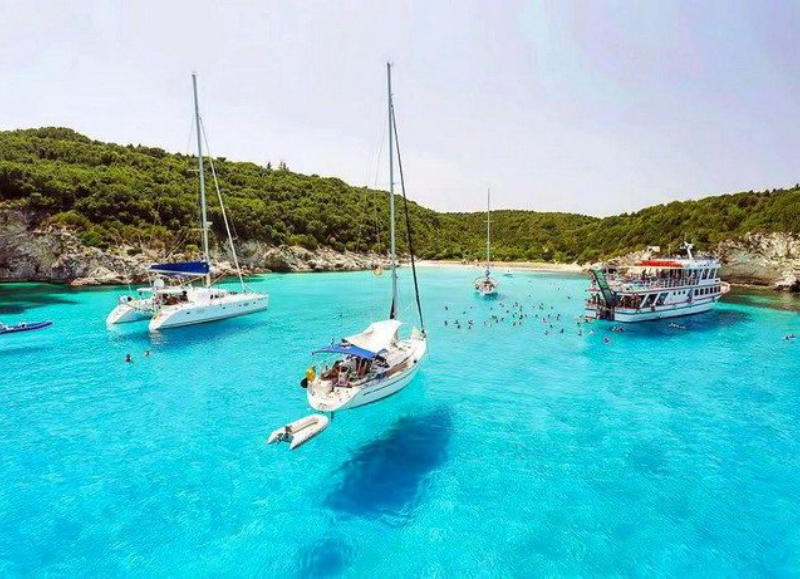