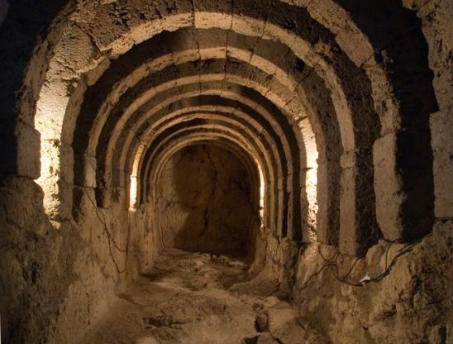 The landmark of Mesopotamos is the Nekromanteio ( dead oracle ) of Acheron or “Nekuomanteio’ which is the most famous oracle of ancient times.

“There, Pyrifleghetonas in Acheron stream rolls with Kokyto that falls from Styga, and the rock where the two rivers mix heavily.”

On his journey to his hometown of Ithaca, the mythical hero Odysseus visits the Nekromanteio of Acheron, his arrival is set at a place with poplars and willows in the grove of Persephone, where Acheron meets the 2 tributaries, Cocytheus and Periflegethon.

The Nekromateio of Acheron is the only oracle in the world that is connected to the Underworld, in this point Acheron, and Acherousia lake is meeting each other, the journey by boat and the forerunner of souls, the communication rooms, the mysticism that connects earthly life with beyond, the possibility of contact with the unknown, in the Nekromanteio of Acheron no oracles were given but the living visitors – pilgrims through the sacred and eerie ecstasy met the souls of their dead relatives. 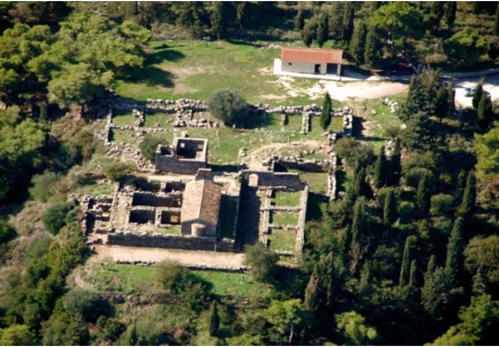 The site consists of a sanctuary of 3 acres with a rectangular enclosure on the north side of the enclosure so as the church of Saint John is located there,  a simple one-room wooden church of 1740 based on the founding inscription, the church functioned as a religious building until 1958.

It is a Hellenistic complex with two parts: the western and the eastern. To the east dating to the late 4th – early 3rd century BC, there is a central building with three aisles and perimeter corridors to the west dating to the late 3rd century BC, there is the courtyard, auxiliary spaces, and rooms of the priests of the Nekromanteio visitors as the faithful are supposed to have stayed inside the sanctuary in order to be on a diet, sanctified, present and perform libations and sacrifices, to be judged able to meet the souls of the dead in the great hall.

The Necromanteio as a sanctuary operates until 167 BC., when it is destroyed, with the conquest of the area by the Romans the sanctuary is inhabited 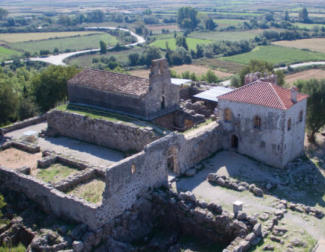 Fig. 4 The Monastery of Agios Ioannis ( Saint John the Baptist ) of Lykouresi and the Ottoman Residence ( Koulia ) Location Mesopotamos Source Ministry of Culture. 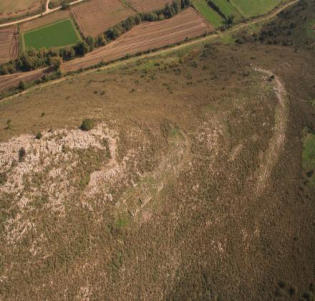 Inside the village of Mesopotamos a path leads to Efyra the Mycenaean city with the Acropolis which dates back to the 14th century BC and is located 500 m north of the Nekromanteio, on the hill of Xylokastro, is the oldest city of Epirus the excavations carried out initially in the period 1958 to 1987 by the professor of the University of Ioannina Sotiris Dakaris excavator of the Necromateio and academician Athanasios Papadopoulos and later from 2006 to 2008 by the University of Ioannina brought to light an Acropolis of the Mycenaean years, consisting of cyclopean Walls with entrance to the southern part of the wall, the most important findings include the 3 burial mounds with a diameter of 16, 10m. X 1.68 m. With corresponding pit tombs dating to the 12th century BC.

Mode: The archaeological site of Efyra is open after consultation with the tax office of Preveza.